A stand-alone sequel/reimagining to the original changing perspectives choose your own adventure story featuring the return of our favorite heroes Tyler, David, Fang, Jessica, Marcus and all the rest!

Follow an expanding cast of anthropomorphic characters through a myriad of adventures involving super science, magic, the supernatural, and all other avenues of unusual happenings that leave the cast finding themselves changing both physically and mentally; everything from becoming a giant monster or shrinking to the size of a doll, changing species or gender, or even having their memories and personality rewritten and altered!

Hey Dragonien.
I can´t start the game. I play it in Opera GX.

I would be very glad if you would give it free for download.
Thx ;-)

Although download's are appreciated if the author reads this, I'm currently running the latest version of Opera GX and can play the game just fine even with both adblock and trackerblock turned on. (Windows 10, x64, LVL 2 [75.0.3969.285])

Hey there YellowCubed.
Thx 4 your information. So the issue must be somewhere else.
Thank you for your cooperation and support.

Hey sorry for the delay! I'm still a bit new to figuring out the specifics to Itch.Io and making things work right, haha

there SHOULD be a download option for the latest version of the game on the page along with the playable browser version. Let me know if that doesn't work for you!

question cause im curious where can i find the original would love to give both a try :3

The original unfortunately is very difficult to get too. It still exists on writing.com but the site has long become borderline unusable without paying for a membership. Add on top of that the site having since become a haven for an extremely large amount of pedophilic and zoophilic content on top of other things I abandoned the site and the original for a reason, lol.

Unfortunately I really do not feel comfortable linking to a site with such content so prevalent on it but if you REALLY want too see it my account should still be up there so if you go to the interactive section and search my username or Changing Perspective it should pop up.

Just to clarify there's none of that stuff in >MY< old story, lol

just that the site is full of that kind of stuff now and honestly I don't feel comfortable encouraging or supporting it or directing traffic there anymore, haha.

It will never not be strange to me when a game version is "1.01" ...and isn't anywhere near finished. Ever notice how sizable/notable games use "1.0 Launch!" as a big event, as it usually stands for it marking the completion of the game's base content?

Its because 1.0 isnt supposed to be "The game is complete" its "This is the first version of the game that we are releasing."

Lots of "early access" games are clearly not complete but make their first released version 1.0 because its more confusing and hard to keep track of to try to use anything less than that to keep track of versions. I mean really think about it

Its at best silly and nonsensical and more realistically confusing and convoluted. Version numbers aren't meant to be a metric of how 'finished' a game is, its meant to be an organization of how many updates there have been. 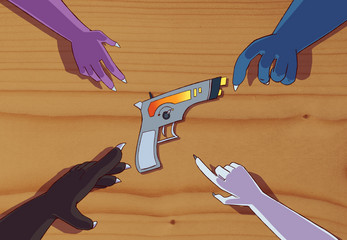